What is feature creep and how to manage it

This is a guest post from Georgi Todorov, SEO Manager at Semrush. Semrush is an online visibility management and content marketing SaaS platform that helps millions of marketers all over the world to deliver superior results.

If you are wondering what feature creep is, chances are that you have experienced it, possibly without even realizing it.

Here is how it usually goes. The first version of the project was clear, user-friendly, and had a simple design. But several iterations later, when you reflect on all the new requirements and internal feedback, you're now staring at something straight out of the “Where is Waldo?” book.

How did this happen? How could you not have noticed that more and more features are “creeping” on you? That's exactly why it's so dangerous as you don't realize that it's happening... until it is already too late.

In our day and age, less is more. The SaaS business that presents a solution to a problem in fewer clicks and shorter time-on-site wins.

But this philosophy can be difficult to maintain when there are so many functions, features, views, filters, and settings that must be implemented because customers will definitely need them. But is that really so?

The goal of this article is to help you identify feature creep in its early stages and make sure that you avoid its negative impacts.

What is feature creep (scope creep)?

But, let's back up a bit and consider the classic lifecycle of any SaaS implementation project.

On a lovely Thursday afternoon, your team receives feedback from one of your big customers making a good point about functionality that would be great to have.

One quick internal video call later, it is decided that this functionality is pretty simple to implement and may be used by other customers as well.

It will make for a nice social media update and will serve as a reason to send all your users an email. So far so good.

You start to draft the project outline, thinking about where this one button will be placed on the user interface.

Suddenly an email — a colleague thinks that it would be a great idea to have several theme options for this new function. You add the feature to the project and send it out to the team for the final green light.

...but the comments don't stop. With every new draft, there are more and more ideas that pile on.

After a couple of weeks, if you compare the project draft that you agreed upon on that first call and what you are planning to make now, it would look like a “telephone game.”

That is scope creep. Also referred to as feature creep, feature bloating, or our favorite — "featuritis." Because it can be compared to a virus — it multiplies until the host (project) is not able to function properly.

The main causes of scope creep are lack of project management and product leadership. When working on an update, the project must have a clear product owner who can decide which suggestions will be implemented and which will not.

In general, companies with limited resources are better at focusing on what matters. That is especially true for feature creep situations.

When you are limited in time, human power, and money, you will make sure that you are working only on those features that will have the biggest impact. Everything else can and should wait.

Another cause of scope creep is perfectionism. “Perfect is an enemy of good” — there is no limit to resources that you can spend while chasing that ever-evasive ideal.

In reality, every SaaS would benefit more from launching a well-rounded feature now, rather than a perfect feature six months later.

What are the consequences of feature creep?

While feature creep may seem like something that is just irritating to work with, it is much more than that. Not only can it significantly decrease the quality of the final feature, but it may bring the project to a complete halt.

One of the sure ways to make users stop using your product is to have an interface where they can’t find what they're looking for.

Feature creep does exactly that; it clutters the interface, slowly but surely. When you have one feature that you're adding it's not a big issue. But with feature creep, you're adding much more than is needed.

At first, everything seems important, but that is exactly what feature creep does to you. It blinds your judgment until you're staring at a Pollock painting.

If you need to cut an apple, would you pick a kitchen knife or a Swiss Army knife? Sure, everything has its place and use, but chances are that you would go for a basic knife. It has fewer functions but it gets the job done.

As a user, you need а SaaS that will solve your problem in as few clicks as possible. It's great to have a robust platform, but the big chunk of your functionalities should be hidden, as people want fewer choices, and overwhelming them with options will increase your churn rate. 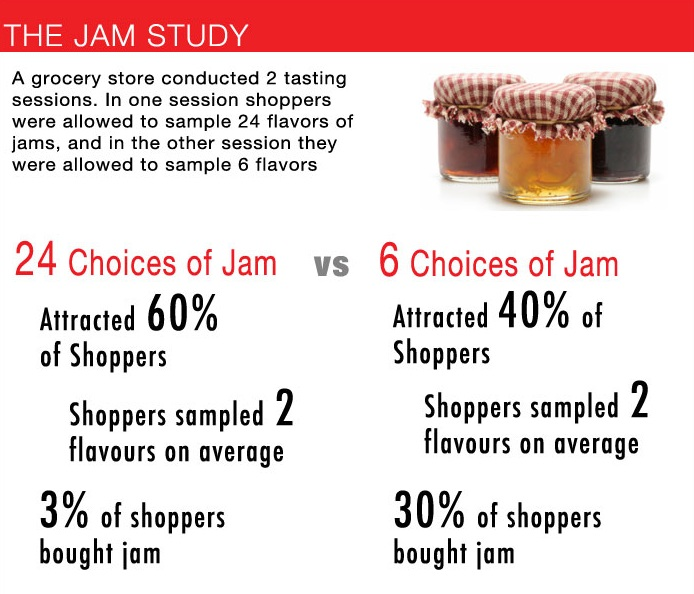 This simple study confirmed the old saying, “less is more.” Keep it in mind when designing your project and do not let "featuritis" push your users to simpler platforms.

Feature fatigue translates into poor UX. The less effort a user has to put into solving their problem with the help of your tools, the better their experience is. The more obstacles you put in front of users, the more the user experience deteriorates, and feature creep will create a lot of these obstacles.

Bad user experience and too many features can drive clients away, meaning that there is not only feature creep but also “financial loss creep.”

But there is another cost component to it and it is of course, internal costs. With every additional feature, you have to allocate more resources to meet the new project requirement and actually finish the project.

How to manage feature creep?

“Informed means armed,” and by now you are informed to a level where you might even be able to recognize feature creep in its early stages. Let’s have a look at how to manage the unending cycle of “slight improvements.”

First of all, you must identify what project scope will satisfy the needs of most of your users. To do that you must research your audience in great detail.

These are some of the good points to start with. One of the easiest ways to get a glimpse of the market sentiment is to use SEO tools.

Apart from researching the need for the feature that you're planning to implement, you might even come across search queries that will lead you to completely new functionalities.

Do a competitor analysis. Did they solve the problem that the audience has? How did they do it? Maybe they were the victim of feature creep and their interface update was not well accepted — that could be an opportunity.

You might have come across the term “operational blindness”. It's when you're so deep into your internal working routine and processes that you can’t objectively analyze things from an external perspective.

There is a solution to this — user testing. It's great for both the planning and development stages of your new feature.

The main goal of this is to verify that the functionality you're developing will be helpful to users and if they want it.

Another reason to do user testing is to verify that users’ behavior and the way they're using the feature (or plan to use it) are in line with your expectations and projections.

Focus on the problem you’re solving

It is easy to get distracted. Keep the main objective of your project in mind at all times. As we discussed above, the majority of users do not want an enormous variety of features and settings.

When features start to creep in, get back to the data from user testing. Do users need this? Will they use it or will it be another obstacle on the way?

When fighting scope creep one of the cures is trimming redundant things until you're left with as few features as possible that will allow the planned update to work.

When a plane is flying from point A to point B, it's off course nearly 90% of the time. It has to be forced back on course most of the way to safely land at its final destination.

After you've done your research and maybe even had a chance to show the planned feature to a user testing group, solidify your plan and whenever you start to stray from it, force yourself back on it.

Clarify the scope of the project

You and your team must know where you're going. This can be achieved only with a clear project scope.

The functionalities and features, time plan, responsibilities — all this must be confirmed at the beginning and communicated to the team so everyone has the same information.

"Work expands so as to fill the time available for its completion," Parkinson’s law.

Create realistic but ambitious milestones. When the time is put on paper, there is no space for adding new features that were not confirmed at the beginning because — there is just not enough time.

To make sure that you're not creating a base for any future mistakes or limitations, evaluate all feature requests you receive before agreeing to them.

Consider the difficulty, time, and resources that an additional change would consume. Or maybe you overlooked something at the beginning and this would be a great addition.

There is a very thin line between proper project management and feature creep. The only way to make sure that you're staying on course is to have your initial project scope as a priority and analyze individual inputs based on your earlier research and user testing.

Gather all the user feedback and data that you can. Not only for your product, but also for the products of your competitors.

While good feedback is nice to have, it's even better to have bad feedback. Why? Usually, when users are unsatisfied, they just leave. But when they give you negative feedback you have a chance to analyze it and improve on your weak points.

Pay attention to reviews, comments, and other social media content. They're a signal of the audience sentiment, which can serve as a guide for which features to keep and which to cut.

What are the types of scope creep?

There are several types of scope creep in project management:

How to identify scope creep?

To identify scope creep before it's too late, product managers should create a product roadmap at the beginning of the project and share it with the product team so that anyone can refer to it during upcoming iterations. Also, they should have a written scope of work approved by all the stakeholders. This document will force you to get additional approval from the stakeholders anytime a new feature is requested.

What are the most common causes of scope creep?

Feature creep usually occurs at later stages of product development because of:

Back to resources
Product development 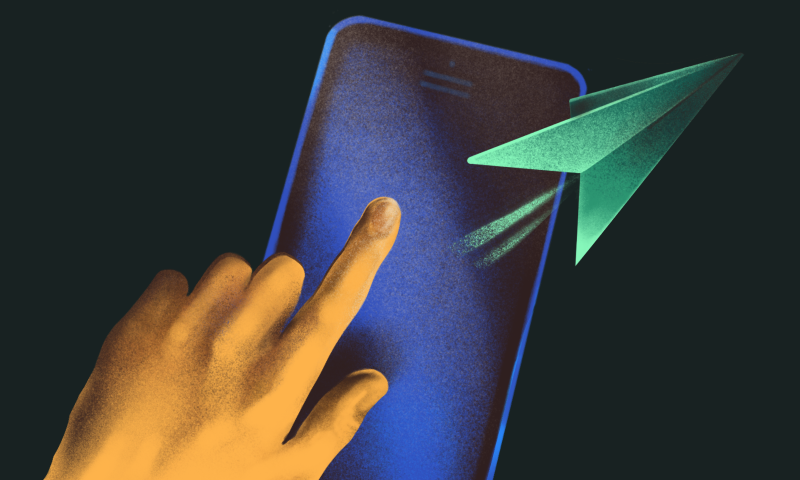 Splitting the monolith: Breaking up your codebase to improve functionality
Dave Marsland