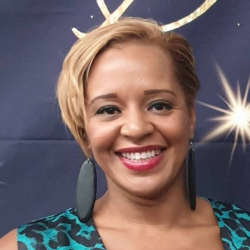 As with most tech companies, over the last few years, we have been running hackathons. We held a 2-day event each quarter; where people from across the company had the opportunity to see how far they could get in solving a problem or opportunity that they had spotted. We would round off the event with presentations and a social afterward.

Back in pre-Covid days; this worked really well. You would feel the buzz and energy around the office as you walked around and saw unlikely groups of people working together.

The reality though, is that we are no longer in that time or space. During 2020 we tried to carry on as we were with fully remote Hackathons. In the beginning, this was fine; but we noticed that engagement was decreasing each time we ran the event.

A few months ago; I was tasked with organizing a hackathon for 2021 - so immediately I started to think about how we could make it Better Than Yesterday .

One of the repeated pieces of feedback that we had heard was that 2 days was just too short to really be able to get stuck into a problem. As soon as you started to get to the meat of the issue; it was time to stop and present your project.

We had our first goal, to extend the hackathon. We suggested a 5-day hackathon twice a year rather than the existing quarterly, 2-day hackathons we had been running. Putting this forward to the Executive Committee; we managed to agree to a compromise of a 5-day hackathon once a year for the whole company - a fair deal I would say!

Thoughts then turned to what else we could do to improve the Hackathon. We didn’t want to add unnecessary things into the Hackathon just for the sake of making change; after all the teams just want to be able to get on and hack.

We did however come up with a couple of guiding principles for the teams:

Thinking about other hackathons or conferences that we had been to in the past we all agreed that some seriously cool swag was needed. We are truly fortunate to have the amazing Beat(k)a Lipska in our team who is an amazing artist who came up with a fantastic logo for the event; one that we used on the swag we provided. We also had the swag delivered to the homes of our remote colleagues to ensure they did not miss out on any of the fun.

Having a week dedicated to a hackathon is fantastic and has its own merits; but we wanted to stress to everyone that innovation can be something that happens in your everyday life. Our CTO Andre Vella gave a truly awesome talk to kick off the week on the first morning of the Hackathon, telling us how with an open and critical mindset, you can see opportunities for innovation and improvements everywhere.

Some things we did carry over from the previous format - teams being able to present their projects, prizes being awarded and spending some social time together have always been the perfect way to close the Hackathon.

Although we are not fully out of the woods with Covid; we are in a much better place where we are able to meet in the office again. Everyone (who could feasibly commute) was invited into the London HQ office; where we watched the presentations together and then enjoyed some snacks and drinks together afterward.

Not to forget our remote colleagues; we sent vouchers for them to buy a meal to enjoy on Paddle.

And so on to the Hacks and the winners. We agreed on 4 winning categories:

Some of the project highlights that came out of the week were a team working on deleting the monolith... well not exactly deleting it but at least removing as much legacy code as possible from the monolith to improve performance. The team was able to make a single change that cut our unit test running time in half. Build times on this project have now been significantly cut meaning the feedback cycle for engineers has reduced.

One of the most popular projects was an automated way to generate monthly reports created by our Account Management team. The team was keen to take the opportunity to automate some routine tasks and have been able to massively reduce the time it takes to generate these reports. Team captain Andrew Thackray said, “Possibly the biggest highlight for me was doing something outside of the ordinary - the variety of work is one of the things I like most about working at Paddle”.

With so many amazing projects on display the judges truly had a tough time deciding; particularly as a few of the projects were production-ready - a testament to what it was possible to achieve in a full week vs just 2 days.

Our winners were incredibly well-deserving and rather than purchase more swag; we have decided to award each team with a donation to a charity of their choice.

Feedback so far has been fantastic; we are now going to enjoy a well-earned break before we start to think about Hackathon 2022.

Want to be part of our next hackathon?

Back to resources
Culture