It’s tempting to consider the US dollar a universal currency – sufficient for selling SaaS internationally. But while it can be a helpful benchmark, sticking to dollars alone could be cutting you off from opportunities to boost your revenue growth.

We see a lot of businesses allowing customers to make purchases or pay invoices in USD or Euros, but what about the British pound, or the Indian rupee? Let alone the dozens of other local currencies of growing saas markets. And then there’s the question of local payment methods too.

The UK SaaS market is set to reach $16.5 billion by 2026. SaaS spending grew to $1.5 billion in the Asia-Pacific region in 2021 – a 40% year-on-year increase. In Latin America, the market has grown from $1.5 billion in 2017 to $5.3 billion in 2020, with no signs of slowing down, with Brazil and Mexico the main drivers of that growth. There is no getting away from the increasingly global nature of the SaaS market. Regardless of where your customer is based, they should feel like they're buying locally. Other than language, there are three levers to consider:  local currency,  local payment methods, and local spending power. The combination of these has a powerful compound effect on growth.

The impact of multi-currency payments

SaaS companies can deliver their products to any market, but whether and how they take payment from those markets makes all the difference when it comes to revenue made in different regions. Local currencies have a large role to play in making the most of these revenue opportunities. Presenting customers with pricing in their local currency creates confidence that your product is intended for them, increasing their likelihood of making a purchase. Enabling them to pay with that currency prevents concerns about conversion charges. 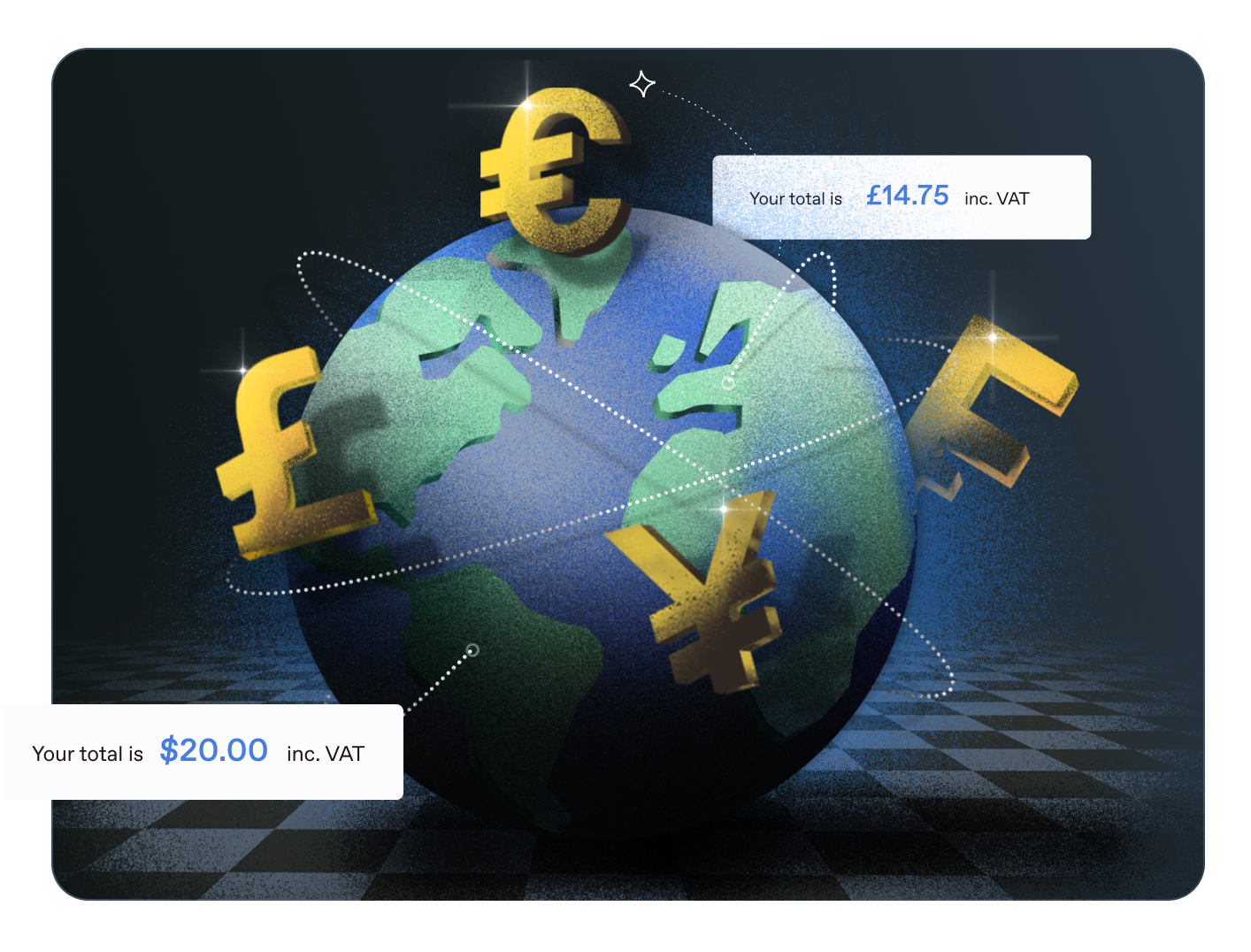 As well as putting off customers when they can’t see prices in their native currency, focusing on a single currency can prevent you from truly localizing your pricing. Pricing localization takes into account the local purchasing power of buyers to determine the most suitable price point and model for selling in any given market. It considers socio-cultural factors and buyer personas, as well as how pricing is displayed.

Profitwell has run the data on businesses with no localization to ones with 4+ truly localized regions and seen double the average MoM growth rate for the latter.  Even if you can’t yet support a particular country’s currency, you should be honing your pricing based on region to unlock full growth potential beyond borders.

Just as trying to make a purchase in a foreign currency can be off-putting, the same can be said when a product’s payment methods aren’t adapted to the geography in which it’s being used.

If you localize currencies but don’t have the relevant payment options available, you’re only completing half of the picture and so won’t maximize the benefits. But by offering customers the ability to pay via a method they are already familiar with, you reduce friction at the final stage, allowing people to pay however they like, wherever they like, without complicated exchange rates.

While you might not think you need region-specific payment methods like Alipay, remember that your customers might be working from anywhere – even if you have them pinned to a particular geography on paper. If you’re a UK company, expecting everyone to pay in GBP via debit cards simply won’t cut it anymore.

We know that having a breadth of payment methods available boosts growth. In 2021 companies with at least one alternative payment method available grew 22% faster than those without one.

Data from Paddle's 2022 report, Outliers: The State of SaaS Growth. Get the report here.

And while any alternatives are better than none, if you can only start with one or two additional payment methods, prioritize Alipay and Apple Pay: on average, they have the most positive impact on growth.

Selling SaaS globally represents a huge revenue opportunity for SaaS companies, but it comes with its challenges. Check out this infographic for an overview of what those look like. At Paddle, we help thousands of SaaS businesses scale their international operations without having to worry about engineering payment methods, setting up local business accounts, or handling global tax compliance. If you’re looking to go global faster and with fewer operational distractions, get in touch.

Back to resources
Payments

What is a merchant of record and why use an MoR as a solution for payments and sales tax?
Dani Mansfield
Payments