Sales tax on digital goods, software, and SaaS products has now been introduced in more than 40 countries around the world. SaaS businesses, especially SaaS CFOs, need to stay on top of sales tax laws to avoid financial and legal consequences.

The most important thing to know about SaaS sales tax? There’s no standardized system across the board, which means:

1) It’s important for businesses to understand the regulations in the jurisdictions they’re selling to.

2) It’s easy to slip up if you're not familiar with the local state sales tax laws.

And trust us when we say, the last thing you want is some nasty tax penalties coming your way — we would know.

We put together this guide to help software businesses like yours understand everything you need to consider when it comes to sales tax and selling your product internationally.

What is sales tax?

Sales tax is a consumption tax applied to the sale of certain products and services which is paid to a governing body by the seller. In most cases, the seller is able to collect sales tax from the buyer at the point of sale, as an add-on to the sales price. The amount of sales tax to be collected from each customer and ultimately paid to the governing body is defined by the laws of that jurisdiction.

How does sales tax apply to SaaS?

Sales tax on SaaS (software as a service) works differently from the way it does for e-commerce and physical goods. Taxes apply not only to where your company has a physical presence (an office or employees), but to where your customers are based.

Sales tax rates vary around the world, with some places, like the US, having different tax jurisdictions in individual states, counties, and cities. More and more countries are adding software and digital products to their lists of taxable goods, and that’s down to the evolution of the industry over the past few years. Long gone are the days of software sold on floppy disks and CDs, and here are the days where everything is accessed through the cloud. For sellers of software, this means geographical borders no longer matter when it comes to customers accessing their products.

While the rise of the software industry has been an exciting one, it has brought on a number of frustrations for businesses selling digital goods internationally. The #1 pet peeve for SaaS business owners when it comes to global sales tax has to be just how much the definition of a software product varies across different locations in the world. It inevitably makes managing sales tax compliance difficult, with the cherry on top being how often these local tax regulations change.

It’s a lot to take in, but that’s exactly why we’ve made this guide.

We got a 300% VAT penalty in the UAE. Here’s how not to.
Chloe Dormand

The lack of standardization of software sales tax categories across the world, and sometimes even across a single country, means there’s a lot to consider — and learn — when it comes to selling a SaaS product or service internationally.

Failing to comply can result in hefty fines, or worse.

With so many different tax jurisdictions across the world, states, counties, and cities, here are the important areas of consideration for scaling your business across borders:

Are you selling B2B or B2C?

In some countries, there are different rules for the sales tax on digital goods, software, and SaaS products depending on whether your customers are:

As we’ve mentioned, B2C transactions are typically taxable depending on the territory you’re selling into, while B2B is not always taxed. That said, it's being included in more and more jurisdictions — particularly in the US.

It’s also important to note that not all jurisdictions have the same definition of a business customer. Within the EU, for example, rather than “any business”, it applies to “a VAT-registered business”. This means you could have tax obligations to people you think are businesses, but from a tax perspective, they're considered consumers. 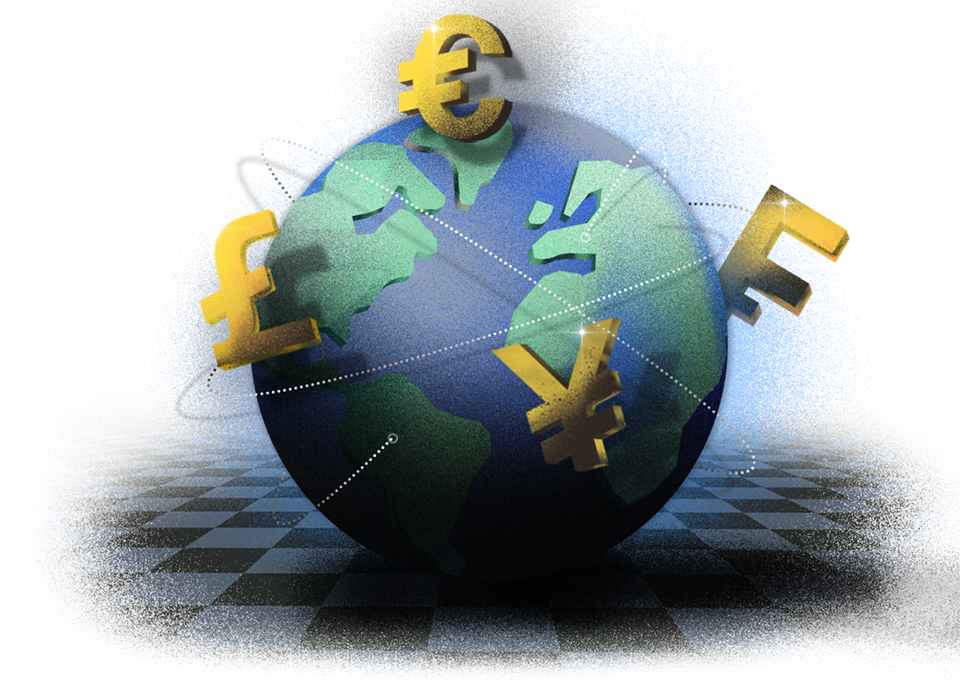 Where do you need to pay SaaS sales tax?

For starters, we have a very useful SaaS Sales Tax Index for a run-through of sales tax jurisdictions around the world (and just how painful they are) — definitely one to bookmark.

But, seeing as you’re here already, we’ve whipped up the highlights below.

Sanctioned markets to be aware of

First off, we’ve got the sanctioned markets of the world. In accordance with anti-money laundering and international regulations, there's a list of sanctioned or restricted markets that you should be aware of if you plan to sell internationally. Countries have been placed on this list for political or security reasons, so it’s more than likely these markets won’t be supported by payment providers, compliance tools, or merchants of record.

As the subscription economy began (and continues) to thrive, tax authorities in major markets play catch-up, with new regulations in the US, European Union, and the Middle East leading the charge:

To manage sales tax successfully, you need to comply with the regulations specific to the countries or states you operate in.

Here’s a heads-up on what regulations look like across a few major territories:

Due to a lack of a blanket tax system, the US sees over 11,000 tax jurisdictions across its states, counties, and cities. With different rates in most states, and even different tax treatments for various types of software and digital goods, it can get confusing quickly.

But, how is a software product or service defined in the US? While different tax treatments apply, the jurisdictions depend on these main factors:

From determining where you should be registered, to filing and remitting tax payments in each and every jurisdiction, managing sales tax in the US is undoubtedly a complex process. That’s why you’ll need either an in-house tax expert or the advice of a tax firm (who will charge fees for each state they examine).

Countries in the European Union tax software at different rates, with the taxes being paid through a system called VAT MOSS.

VAT MOSS came into action in 2015 and it meant that the rate of tax charged in the EU applies to the rate of the country in which the customer is based, rather than the company making the sale. This averts the problem of companies setting up their EU headquarters in a country with a low tax rate, like Luxembourg, and being able to apply this rate to all of its EU sales.

As a result, companies have to make filings for all EU sales from their home country (or designated country if they’re a non-EU business), creating quite a complicated filing process. Software companies now have to keep up to date with all the different rates of VAT to charge in each country within Europe, collect and retain evidence of each sale, and then allocate sales by country for their filings.

And, just like all other tax regulations, the rates within VAT MOSS are all subject to change. Often referred to as VAT MESS, you can probably sense the frustration already.

UK VAT will still be applied to sales into the United Kingdom, although the tax filings may look slightly different. For non-registered businesses, there isn’t a threshold for sales tax which means you’re liable from your first software sale in the UK.

And the rest of the world

Unfortunately, it isn’t as easy as saying, "and the rest of the world" at all. We only covered a few key global tax territories, and we’re sure you aren’t surprised to hear that there are plenty more for you to get to grips with.

If you haven’t already, head to our SaaS Sales Tax Index. There, you’ll get a good sense of how high your chances are of owing tax in different countries, and get all the facts you need on how to best manage your tax compliance as a scaling software business.

SaaS due diligence: What VCs are looking for
Chloe Dormand

How to manage your SaaS sales tax compliance

Scaling globally: great. Getting it wrong and facing tax fraud or other penalties: not great.

With so many different jurisdictions to constantly keep track of, it’s no surprise that sales tax is something that many businesses get wrong and suffer the consequences as a result. So, what's the best way to manage global sales tax for SaaS companies?

Here are four different routes you can take to manage tax compliance:

There’s no reason why software businesses can’t manage their sales tax internally, but it does require a lot of time and specialist skills. It’s worth noting that if you were to take the internal tax specialist route, your company is completely liable should it be found to be non-compliant.

There are a number of tools available that you can use to calculate your tax; however, they won’t deal with filings or automatic payments. If these services are available, they often come at an additional cost. The charges tend to be per filing and per jurisdiction, which quickly adds up when you’re selling globally, so keep an eye out for those terms and conditions. Again, it’s still your company that is liable for tax compliance unless this is one of the services that a tool provides at an extra cost.

3. Use a merchant of record

You can also employ a merchant of record to act as a reseller for your software. By doing this, they take on the headaches of payment processes and all the liability related to those transactions, including sales tax compliance. A company can act as its own merchant of record, but the beauty of MoR service providers is that they take away the payment and billing burdens, so you can go ahead and spend your time and resources on strategic projects instead.

How Paddle can help you handle SaaS taxes

Paddle is an MoR and provider of payments infrastructure for software companies, built to handle the back-office admin and engineering of taking payments, including full tax compliance.

Here’s more on how Paddle handles sales tax and protects companies from tax fraud and other potential penalties. But, if you’ve already heard enough, you can go ahead and book a demo right here:

Find out more about how Paddle can help you: Book a demo today.

When are SaaS services taxable?

SaaS is considered a taxable property only in jurisdictions where related services are taxable. To ensure tax compliance, it's necessary for businesses to check the local tax laws.

Which US states require SaaS businesses to pay sales tax?

Only Tennessee and Vermont have amended their state laws to impose a sales tax for all SaaS services.

In which states is SaaS taxable for personal use?

SaaS is taxable as tangible personal property only in Connecticut and Ohio. In all other member states, SaaS sales tax is only required for business use.

Back to resources
Tax & compliance

What is a merchant of record and why use an MoR as a solution for payments and sales tax?
Dani Mansfield
Product news