Determining the financial health of your business is quite tricky. There are numerous metrics to consider, and the figures don't always add up. Accountants and finance gurus often rely on more predictable and consistent factors like EBIT.

EBIT is essential when the business is looking to share its performance with creditors and investors, which makes it a valuable measure of your business' overall performance.

What are earnings before interest and taxes?

There are two primary ways you can calculate EBIT. The method you select may depend on the kind of business you're in. The first one starts with your company's net income and then adds interest and tax expenses:

The second method involves deducting the cost of goods sold (COGS) and the operating expenses from the revenue:

Because subtracting COGS from the company's revenue equals the company's gross profit, you can simplify the above formula even further: 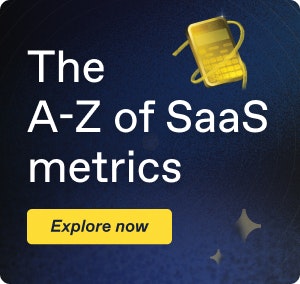 How to calculate EBIT

To calculate EBIT, you should deduct direct and indirect expenses from the net revenue, excluding interest and tax.

From the first formula:

From the second formula:

Although both equations result in the same net income, they serve different purposes. The first equation mainly analyzes profitability while the second measures operational performance.

Take, for instance, a company with the following income statement:

What is the difference between EBIT vs. EBITDA?

EBIT and EBITDA are relatively similar metrics, but ultimately provide a snapshot of a company's financial health. Earnings before interest, taxes, depreciation, and amortization (EBITDA) is very similar to the amounts included in a typical EBIT calculation. The biggest difference is that EBIT excludes depreciation and amortization of fixed assets like equipment and buildings.

EBITDA can offer a more accurate impression of a company's operating profit than EBIT, especially for companies with a substantial number of fixed assets.

However, because EBITDA doesn't take earnings after depreciation into account, it can distort how companies with substantial fixed assets are actually performing. The larger the depreciation expense, the bigger the EBITDA.

The EBIT formula allows you to assess the performance of the core business model. It only focuses on business operations and nothing else. On the other hand, EBITDA measures the cash flow of the business.

In EBITDA, depreciation and amortization are actual representations of the value lost as assets like property and equipment age. These losses don't involve the firm spending actual money, but are considered losses nonetheless.

An EBIT analysis will tell you how well a company can do its job, while an EBITDA analysis estimates the cash spending power of a company.

EBITDA is useful in companies that have heavy capital investments. Although different, both EBIT and EBITDA are critical in estimating essential analysis tools. Both are not GAAP-approved metrics and don't appear in an income or cash flow statement. But accountants will often use them to determine a business' overall financial standing.

Both EBIT and EBITDA are equally important. Determining which calculation makes the most sense for your business depends on your industry or  the purpose of your analysis. EBITDA is better suited for capital-intensive and leveraged companies. Such companies typically carry high debt loads and have substantial fixed assets, which often translates to poor earnings.

Analysts also use EBITDA for valuing such companies because negative earnings can make it complicated to determine the company's financial situation.

How to calculate and reduce revenue churn

Why it is important to calculate EBIT

EBIT is a vital business metric that comes in handy for several scenarios. For instance, when an investor is buying a company, the company's earning potential is more important than the existing capital structure. Calculating EBIT can also help investors or analysts compare companies within the same field.

If a company has a lower margin, EBIT analysis determines whether the lower margin is specific to the company or is due to an overall industry slow down.

Other business metrics like ratio analysis also depend on including EBIT in the calculation. Creditors closely monitor EBIT to give them an idea of pre-tax cash generation for paying back debt.

In industries with Free Cash Flow (FCF), EBIT also acts as a proxy for companies with consistent capital expenditure. Keep in mind that FCF is a crucial output in the valuation of a business.

Other important reasons to calculate EBIT include:

Limitations of calculating Earnings Before Interest and Taxes (EBIT)

As handy as it can be, EBIT also has its limitations and shouldn't be the only factor taken into account when examining the operating capacity of a company. EBIT is a non-Generally Accepted Accounting Principles (GAAP) metric, which indicates that it has significant limitations impacting its accuracy.

One EBIT limitation is that it doesn't account for depreciation and amortization. If you're looking at companies with varying capital assets and comparing them to one another, failing to consider these two factors can create challenges. Companies with a lot of capital will spend a substantial budget on the upkeep of those assets and amortize and depreciate it as a result. Unfortunately, such an expense is not factored into a traditional EBIT metric.

EBIT results can also be a bit subjective. It's not a limitation of the metric per se, but EBIT can result in misconceptions about a company. For instance, EBIT is an excellent metric when looking at a company's operating income. But when looking for net earnings, it is better to look at the true net income of the company. In most instances, however, EBIT is valued more highly than true net income, which can lead to inaccurate conclusions about an organization's financial health.

Also, the amount of factors at play in EBIT calculations can sometimes make results volatile and too dependent on the accuracy of each included metric.

Other EBIT limitations include:

Accurate business projection is critical to a healthy business environment. Getting to this point, however, all starts with accurately tracking key business and financial metrics. This is where Paddles free analytics tool, ProfitWell Metrics comes in. With complete and accurate tracking solutions, ProfitWell makes it easier to determine why your business is growing—or not.

Even if you use EBIT and other calculations to assess your business' health, you need accurate values before doing all the math. Some of the metrics that ProfitWell can help track include:

ProfitWell offers comprehensive and accurate free revenue reporting for various businesses in different fields. You can leverage tomorrow's business technology today to get accurate results and projections for your business or potential acquisitions.

Does EBIT include depreciation?

Yes, EBIT does include depreciation, which can lead to varying results when comparing companies in different industries.

The EBIT-EPS analysis examines the effect different financing alternatives with various levels of EBIT have on Earnings Per Share (EPS). EPS largely depends on the company's earnings, which requires EBIT to shed light on the amount of profit that remains after accounting for necessary expenses.

What is the difference between EBIT vs. Operating Income?

Operating income is the gross income less operating expenses and other expenses like depreciation while EBIT is the net income before interest and taxes are deducted. 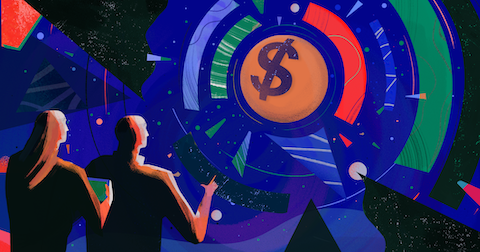 What are unit economics in SaaS? Definitions, top models & how to calculate
Metrics & performance 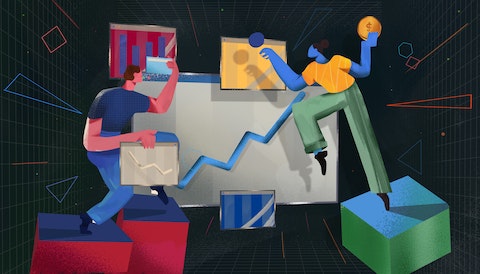 What are unbilled receivables and when should you account for them?